Is ayahuasca dangerous? There are enough horror stories that will surely confuse you. Is it safe to take ayahuasca or should I rather not?

Is ayahuasca dangerous: Yes and no.

Why do you learn in this article.

Important: This article makes no claim to be complete. Before an ayahuasca ceremony, talk to your shaman to find out if ayahuasca is suitable for you.

Ayahuasca: Listen to your shaman!

If your shaman advises you not to participate in an ayahuasca ceremony, please listen to him. A good shaman not only knows which remedies and medications speak against taking it, but he also knows the energy, the spirit of the plant.

Even if there is nothing medically wrong with drinking ayahuasca, it may not be the right time for you.

Do not do it alone

Ayahuasca retreats are sometimes very expensive. It might be tempting to get ayahuasca from illegal sources and drink it alone at home.

I can’t imagine how a bad ayahuasca trip could develop if you don’t have the support of the shaman and his helpers. The shaman directs the energies during the ceremony and helps you when things get too intense (if you ask for it).

Alone – there is no help.

Just the thought of it triggers an uncomfortable feeling in me.

Please do not do this.

Risk of falling and injury

When I have taken ayahuasca and the effects have been fully realized, I feel physically drunk. My whole body is weak and I am shaky on my legs.

In the retreat at Rythmia I dragged myself to the toilet without asking for help. Very slowly and wobbly. I am not at all surprised that some people do not make it alone and collapse on the way to the toilet. Or in the bathroom, which is why you should never lock the toilet door during a ceremony.

One participant greeted me the day after a ceremony at Rythmia with a large graze on my forehead. He had fallen unhappily on his head the night before and was treated by the medical staff.

Is ayahuasca dangerous for mental illness?

Any responsible organizer of ayahuasca retreats will take an anamnesis with you before you book. This means that he will inform himself about your medical history.

Psychoses, schizophrenia or depressions are among the mental illnesses with which you should not participate. Especially not if you are being treated with medication. Acute attacks can be triggered by the Ayahuasca.

This would not only be dangerous for you, but possibly also for the other participants of the ceremony. For example, if your neighbor turns into a demon in your eyes and you feel called to fight him.

In an ayahuasca ceremony it can be dangerous if you suffer from heart disease or high blood pressure. It hasn’t happened to me yet, but I know someone (and there are enough reports of it) whose heart has started beating like crazy. Way too fast and heavy.

If you already have a weakened heart, this phase could actually be too much for your heart.

Even high blood pressure is not to be joked with if it continues to rise during the ceremony and no one notices.

There are certain medications that you should not take together with ayahuasca. There could be dangerous side effects.

Drugs like alcohol, cocaine, heroin or similar are dangerous in combination with ayahuasca. In any case, ask your shaman if you can still participate in the ceremony, for example if you are addicted to alcohol. Ayahuasca has already helped many addicts to overcome their addiction – your shaman decides how to proceed in your case.

Again and again one reads that in Ayahuasca ceremonies seizures occur. An epileptic seizure is not to be taken lightly, as it can lead to respiratory problems.

In the documentary (Un)Well on Netflix you can see in the episode “Ayahuasca” a woman who suffers an epileptic seizure. Since she has breathing problems that were (thanks God!) recognized by the organizers, she is brought to hospital (and discharged the next day healthy).

Tim Ferriss, who is enormously committed to the research of ayahuasca and psychedelic plants, has made these experiences himself.

In his book “Tools of Titans”,* p. 111, he writes that in his second ayahuasca ceremony he had the most terrible experience of his life. Among other things, he had uncontrolled grand mal seizures (epileptic seizures), lying on the floor for over two hours.

When he woke up, he had burns on his face and hands, caused by the strong twitching and rubbing against the carpet. For the next 48 hours he was also detached from reality.

However, because of the positive changes that ayahuasca has made in his life, he is positive about it. So am I.

If you suffer from stomach diseases, an ayahuasca ceremony may not be right for you. It stands to reason that the strong vomiting that many participants suffer from is not conducive to a recent stomach surgery. The pressure can simply be too much for fresh wounds.

But even if you suffer from chronic inflammatory gastrointestinal diseases such as Crohn’s disease, your shaman may advise against it.

In such cases, other retreat centers advise you to eat vegetarian or vegan food several months before the ayahuasca ceremony and then slowly get used to ayahuasca in increasing doses on site.

A safe environment for the Ayahuasca ceremony

An enormously important basis, so that the Ayahuasca ceremony does not become dangerous, is a safe environment. It is important that

Under the influence of ayahuasca, not every participant is under self control. Aggression can also occur. When I was in Rythmia at my first ayahuasca retreat, a woman there told me that she had already experienced this on her own body.

During an ayahuasca ceremony a man near her suddenly became very aggressive. He stared at her angrily and wanted to throw himself on her. Fortunately, the helpers were immediately on the spot and were able to stop him.

I have carefully selected my two retreat centers in Peru and Costa Rica online. I watched countless videos on YouTube, read many testimonies. Get a feeling for it,

Even though the borders are closed at the moment because of Corona, I am already looking for the next center. I am preparing for a long time because I know how powerful Ayahuasca and the shamans are.

So I was really scared when I saw in Cusco/Peru during a shopping stroll big eye-catching signs “Ayahuasca” of several local tour operators besides trips to Machu Picchu, the rainbow mountains or the next lama farm.

This really makes my neck hair stand up!

Spontaneously and without further information about who does what, it would never come into consideration for me to book there.

In fact, there are repeated reports that people die from ayahuasca. How true are these headlines?

The researcher Emily Sinclair, who lives in the ayahuasca stronghold of Iquitos, has examined three cases more closely:

In 2014 an English backpacker died in Colombia. He had paid 50 dollars for an Ayahuasca ceremony, which was arranged by his hostel. During the ceremony he had severe problems, fainted and could not be brought back to life.

The fact is, after the ceremony he died of a head injury that he had suffered in a motorcycle accident.

In 2015 the New Zealander Matthew died during an Ayahuasca ceremony. In fact, it turned out that he died of tobacco poisoning.

Tobacco is an important medicinal plant in South America and is often used in an ayahuasca ceremony. Mapacho tobacco is often smoked as a cigarette to cleanse the room energetically.

Some organizers offer an individual tobacco cleaning (purge) before the ceremonies, so that Ayahuasca can work better. Therefore the participant drinks a tobacco brew, which leads to strong vomiting – an important part of the purification.

However, not every participant tolerates tobacco equally well and nicotine poisoning can occur. Therefore it is also important to consult shamans who have a lot of experience with the master plant tobacco.

In Matthew’s case this was unfortunately not the case. According to the researcher the helpers were overwhelmed and decided much too late together with the shaman to drive him to the hospital. Matthew died of a heart attack on the way there.

The 26-year-old Briton Unais was stabbed to death by a Canadian during an ayahuasca retreat in Iquitos, Peru, in 2015. Apparently a lot of things went wrong in this retreat center!

The Canadian took ayahuasca alone in his room.
He had no helper with him and could move freely around the house during the trip.
Months before he made a confused impression on outsiders and should never have drunk ayahuasca.
Emily Sinclair’s research revealed that the retreat center apparently does not check in advance whether the participant is physically and psychologically fit to take ayahuasca. Apparently there are several such providers in Iquitos, which I consider very dubious and dangerous.

In any case, always choose a provider who informs himself about your health history in detail!

I believe that ayahuasca is no more or less dangerous than normal orthodox medicine. Every drug has a long package insert with side effects and interactions. Did you know that taking aspirin can cause asthma attacks, hearing loss or strokes?

Of course any case where serious side effects occur in an ayahuasca ceremony is tragic. This is not a question!

Only the media pounce on each of these cases as if ayahuasca was the devil’s work. In my eyes it is not.

Ayahuasca is a strong, powerful medicine with holistic effects. It is up to us, to each individual, to take it with respect.

Disclaimer: I am not a doctor and this information summarized here is not a substitute for medical advice. Nor do they claim to be complete. This article merely reflects my research, experience and opinion.

Finding the meaning of life again thanks to magic truffles | Rafaela

How Ayahuasca has given me my personal mudra 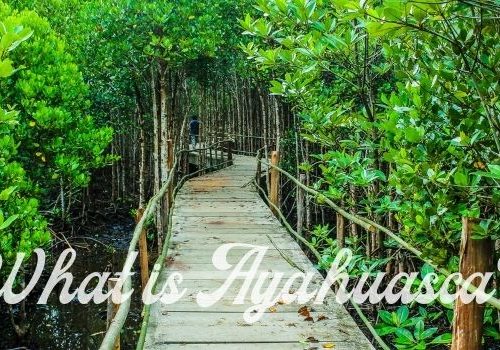 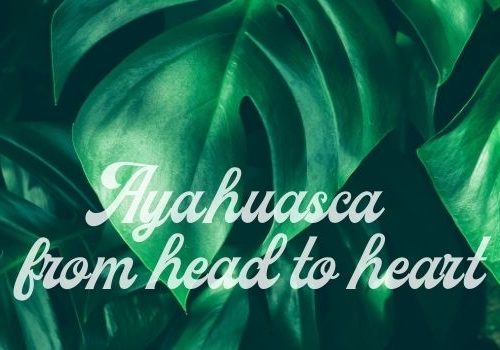 Ayahuasca – from head to heart | my first Ayahuasca ceremony experience